Our newest resident shares his life story and thanksgiving for being a part of Anne Frank House DC.

James L.
James (not his real name), an Anne Frank House resident since 2004, has been called "the best of Washington DC's street poets." James says the most interesting years of his life started in the winter of 2001 when he found himself homeless on the streets of Washington, cold, hungry and scared. After a few weeks on the streets, James discovered the creative writing group at Miriam's Kitchen, a soup kitchen that serves breakfast to the hungry and homeless in DC. The group provided James with a network of friends who also were homeless and wrote poetry. Anne Frank House gave him a safe and stable place to live and to pursue his poetry. Our partner, Friendship Place, gives James the social services and support he needs.

Victoria E.
Victoria (not her real name) was in her mid-30s and working successfully at a major international organization when her mental illness presented its first symptoms. It would eventually cost Victoria her career and land her in a decades-long cycle of joblessness, poverty and homelessness. In 2007, an apartment and support became available to her through Anne Frank House. Victoria's years of struggle to regain her dignity and self-respect reached a turning point. According to Victoria, “Anne Frank House restored the middle-class life I’d lost to mental illness."

Since coming to AFH, Daniel has earned his GED from the University of the District of Columbia and proudly displays his cap and gown on the wall of his apartment.  He is an artist whose paintings hang in his apartment.  Friendship Place, a non-profit supporting the homeless, has given notecards with his drawings to major donors.  Daniel also puts his talent to work on an occasional, much-valued notecard of appreciation to Anne Frank House.  On weekends, Daniel goes to free art events with neighbors in his building. 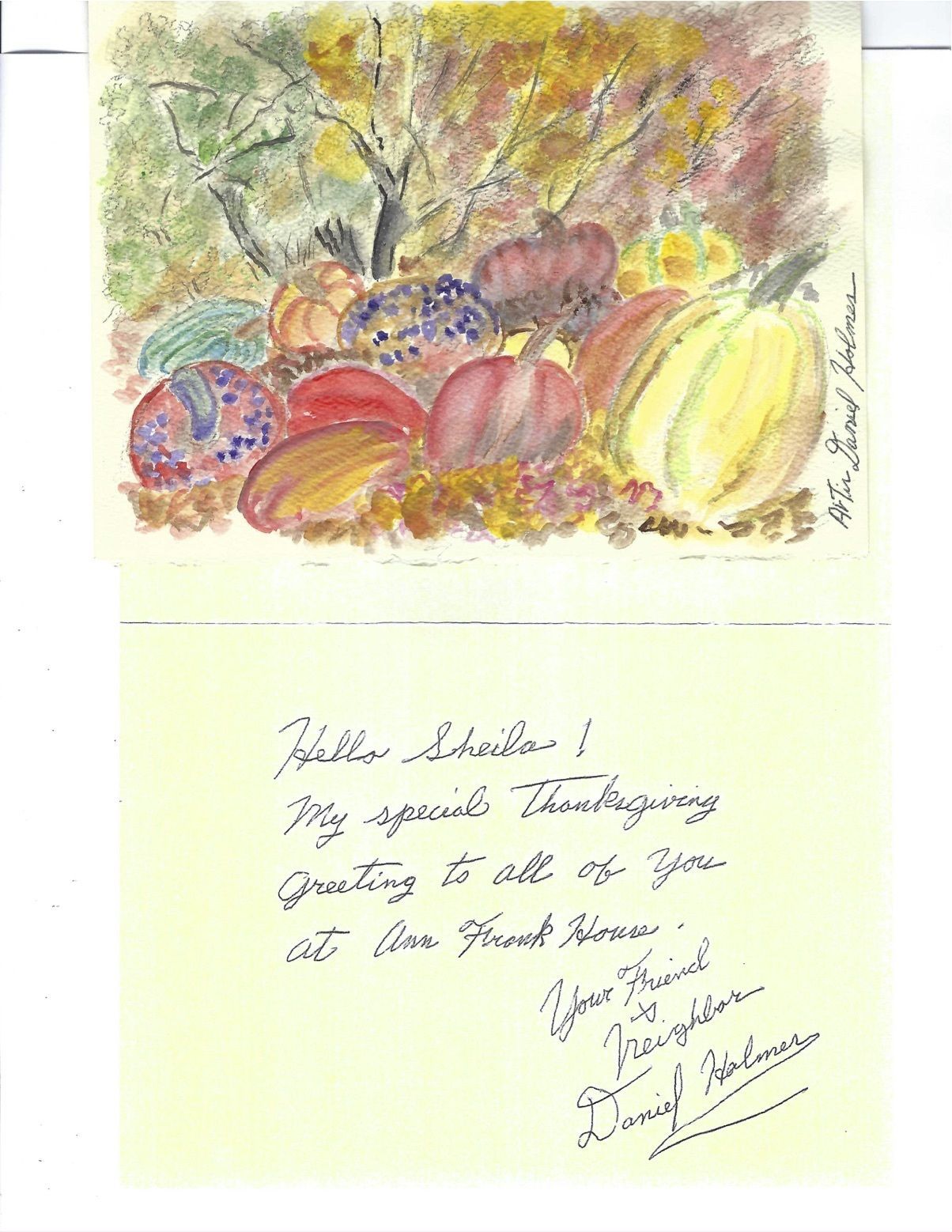